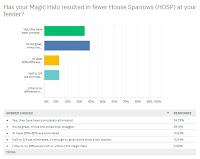 We recently added the following disclaimer to our on-line website and store:

We did not invent the concept of halos over bird feeders, and cannot guarantee that it is House Sparrow-proof given the myriad of designs and contexts that they are placed in. Though our survey data is largely favorable, it is also limited to just 15% of our customers who choose to participate. Some of them do report House Sparrows (HOSP) overcoming the Magic Halo and its hanging wires - particularly in times of poor weather and/or desperation. Factors may include nearby structures, the desirability of the food, visibility conditions that sharpen/blur perception of the hanging wires, availability of other food nearby, harshness of Winters, etc.

The original Paper from the University of Nebraska published in 1994 did confirm that Juvenile HOSP are Halo-tolerant, and it is poorly understood at what point they turn adult and how many there are at any given time. HOSP can have multiple broods through August, with parents desperate to feed their young. The study cited 2-11% of HOSP visiting feeders with Halos did manage to breach, including juveniles, leaving an approx 90% success rate. Juveniles are much fewer than adults, but it further confuses the results that one might expect. They can be more abundant in some areas over others. and usually resemble adult females given the male's lack of a fully formed bib.

Before deciding to purchase a Magic Halo, we strongly advise potential customers to read the following from FeederWatch and Sialis first. Attention should also be paid to recommended seed type(s), and to avoid mixing, especially with known HOSP-friendly varieties such as millet.

We appreciate your understanding.

In good conscience, we can no longer guarantee "HOSP-proof" in using the Magic Halo over bird feeders. While many users continue to experience excellent results in HOSP elimination, others have observed them overcoming the Halo's presence. In other words, the birds can be unpredictable, with variable behavior patterns from place to place. Then there is the issue of Juveniles. When it all comes down, the success of the product is too subjective to guarantee it.

That said, Seasons Greetings to all of our customers and followers, and we wish you the best for the coming New Year in 2020!
Posted by Frank Warnock at 10:06 AM

Email ThisBlogThis!Share to TwitterShare to FacebookShare to Pinterest
Labels: Updates 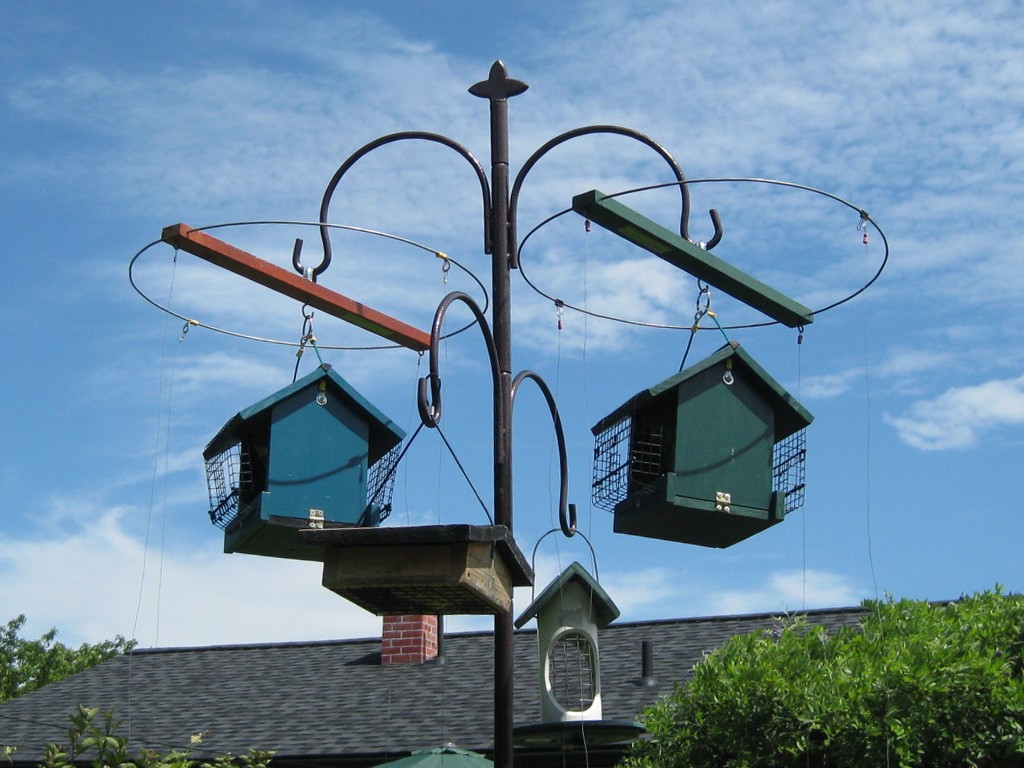 Our quest for Magic Halo results data continues for 2020 with a brief 5 QUESTION SURVEY .  Past surveys have indicated that it does indeed... 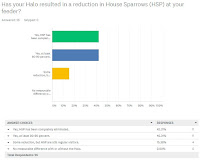 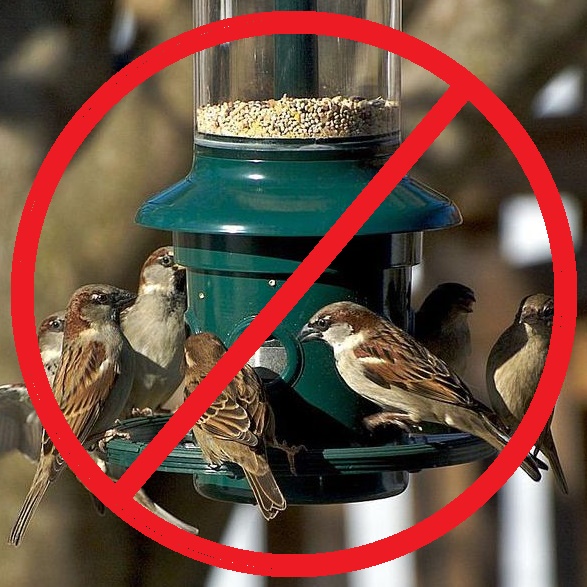